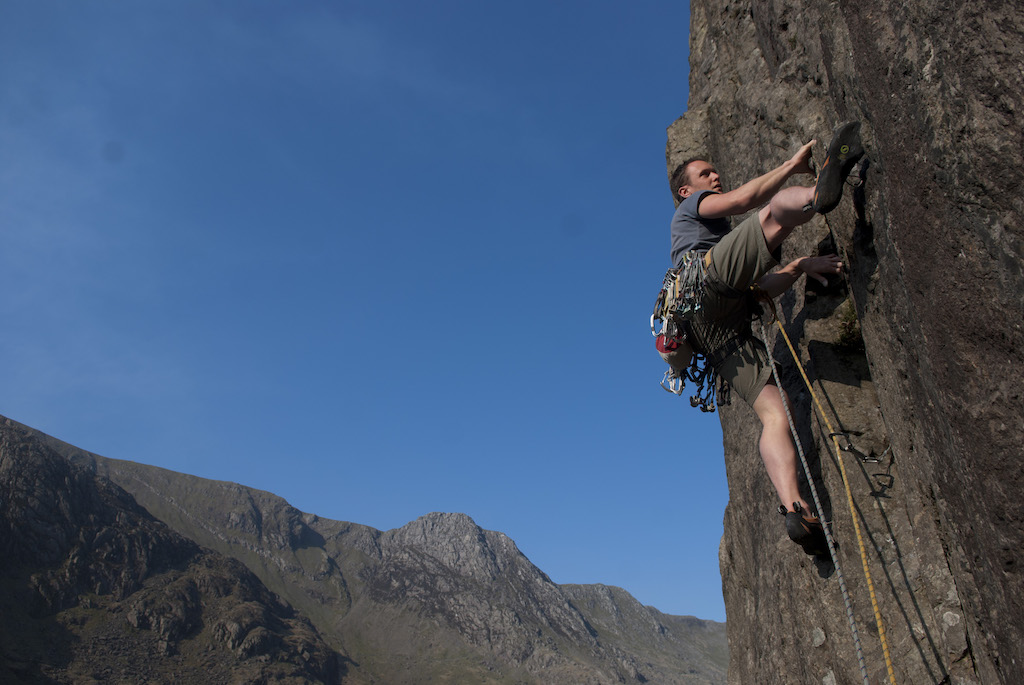 You would probably put placing gear and building belays high on your list of skills needed for safe lead climbing (these are skills you will have begun to develop from top-roping). There are some additional skills you need to consider:

How do these skills affect our safety, what are the risks and how can we control them?

Climbing safety systems are most often aimed at stopping the consequences of a slip or a fall. In lead climbing, especially when starting out, consider what you can do to prevent a fall in the first place. This may go back to choosing the right route that suits your style, ability and which you have knowledge of. More often than not the actual psychological pressures put on you during lead climbing have a negative effect on your climbing ability. Being aware of these risks and the consequences of a fall are paramount. Taking a lead fall on an easy route often means that there are ledges and slabs to hit on the way down. The chances of injury are higher falling off an easier route than they are on a steeper route with equal protection. Of course the chances of falling off in the first place are lower. The best way to prevent injuries from falls is not to fall off.

“the leader never falls” old max- im from the days of tieing in by wrapping a hemp rope around your waist in a swami belt.

No matter how well chosen your route, there will come a point when you will overstretch yourself and be unable to go up or down. At this point you want to know that you gear placements are good and that the belayer is doing their job well. You can help yourself to reduce the fall by down climbing and also warning the belayer that you are about to fall. Often it is best to accept the fall and jump off rather than fall and slide down the rock.

Leading a route can take a considerable length of time and your belayer may become restless and innatentive. Both belayer and climber should be happy with how long they expect spend climbing a pitch. Even a momentarily loss of concentration by the belayer can result in the climber being dropped.

Despite this though for many people, leading a route is the essence of climbing. There are no quick ways to prepare for the techniques and head games of lead climbing. Learning to lead is mainly about staying as safe as possible by route selection and being coached by others through placing gear; the rest of the game is efficiency, tactics and judgement. The tactics of how to approach a route and break it down into manageable chunks is covered in the tactics section. The head games that are involved in lead climbing are looked at in the mental skills and techniques.

Consider an inefficient leader. They take wires off one gear loop on their harness and clip them back on another, after a while it can take a minute or two for them to find the size of wire they are looking for. They have chosen to place gear mid-move or from a poor hold, if they made another half move they would be stood in balance and more able to clip easily. Having placed their wire it takes a few attempts for them to clip the rope into the quickdraw. Throughout they are understandibly showing signs of stress. Stress makes them a defensive climber rather than a relaxed and lazy climber.